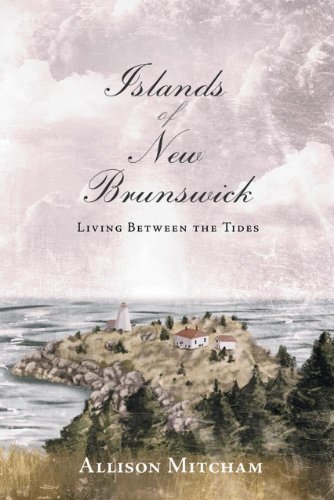 Culled from her collections Offshore Islands and Paradise or Purgatory (1984), New Brunswick Islands is part ecocritical exploration and part historical survey, as Mitcham explores the province’s not-so-far-off islands in search of their unique stories. The result is an extraordinary collection of essays that illuminates the social and cultural histories behind New Brunswick’s islands. Exposed are the complexities of island history, from the Aboriginal peoples of Indian Island to the generations of lighthouse keeping on Miscou, to the tragic quarantine history of Passamaquoddy’s Hospital Island (Partridge Island). Industrious islands, from the once-lucrative quarries of Grindstone Island, to the still-flourishing fisheries of Grand Manan are also investigated, as well as the mysterious histories behind the now-uninhabited Heron and Shediac Islands, which have largely been reclaimed by nature. This revised edition features the original illustrations by Peter Mitcham.

Allison Mitcham has had her prose and poetry published in many Canadian and American publications. As well she is the author of 18 books. The focus of 8 of these is Atlantic Canada where she has lived for 37 years. After 20 years of teaching literature at the University of Moncton, she retired in 1988 to write full time. In 1992 she was awarded the title of professor emeritus by the University of Moncton. In 1994, Allison Mitcham received British Columbia's Lieutentant Governor's medal and the British Columbia Historical Federation's prize for Taku, the Heart of North America's Last Great Wilderness.

1. Islands of New Brunswick: Living Between the Tides