Items related to Diary of Dorkius Maximus in Egypt

Diary of Dorkius Maximus in Egypt 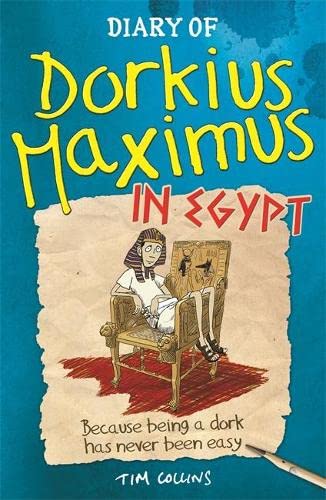 The hilarious follow up to Diary Of Dorkius Maximus

When Dorkius is invited by Julius Caesar on a trip to Egypt he's in for one big adventure. In a hilarious string of events, Dorkius encounters the 13-year-old King Ptolemy ("that spoilt brat") and his not-so-beautiful sister Cleopatra, whom he introduces to Caesar, thus bringing about one of the greatest love stories of all time (it involves a carpet), and ultimately the defeat of the pharaoh.

Tim Collins is the author of more than 30 books including Notes from a Hairy-Not-Scary Werewolf, Notes from a Totally Lame Vampire, and Prince of Dorkness. His books have been translated into more than 20 languages.

1. Diary of Dorkius Maximus in Egypt

2. Diary Of Dorkius Maximus In Egypt