Items related to The Official History of the Olympic Games and the IOC:...

Miller, David The Official History of the Olympic Games and the IOC: Athens to London 1894-2012

The Official History of the Olympic Games and the IOC: Athens to London 1894-2012 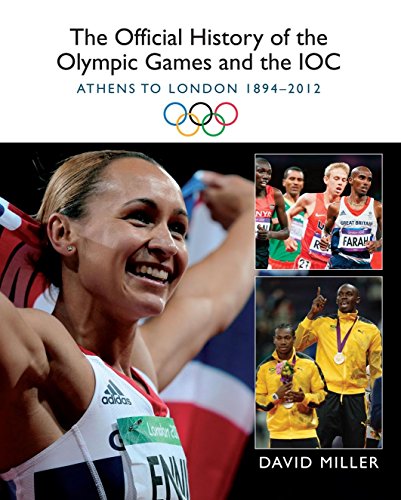 This lavishly illustrated story covers the re-creation of the Olympic Games by Pierre de Coubertin, the often controversial fortunes of the governing body, formed in 1894, and the highs and lows of the Olympics themselves since the first Games in 1896.

Detailed background is provided to the many crises: the Nazi Games of 1936; the massacre at Mexico City in 1968; the terrorist slaughter of Israelis at the 1972 Munich Games; the boycotts; the advent of professionals from 1988; and the Ben Johnson scandal and the ongoing threat of drug abuse. The mounting million-dollar investment by medal-obsessed nations is also questioned.

This elaborate analysis is the definitive account of the world's foremost sporting spectacle.

DAVID MILLER has been a journalist since leaving Cambridge University in 1956 and has covered 22 Summer and Winter Olympic Games, and 14 World Cup football finals. He is the former chief sports correspondent of The Times and author of biographies of Matt Busby, Stanley Matthews, Sebastian Coe, and Juan Antonio Samaranch (translated into eight languages). He is joint author of the Centenary History of the International Association of Athletic Federations 2012.

"The level of detail in this tome is, well, Olympian."
—The Independent

2. OFFICIAL HISTORY OF THE OLYMPIC G