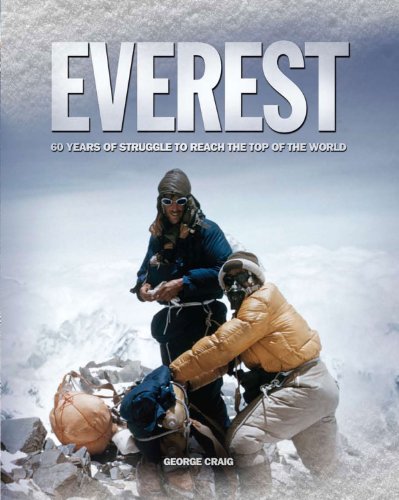 Charting the world's fascination with the great mountain, this photographic tribute is published to coincide with the 60th anniversary of Sir Edmund Hillary and Tenzing Norgay's 1953 successful conquest of Everest

Packed with stunning photography, this book chronicles the story of the mountain and those who attempted—some successfully, others with fatal consequences—the ultimate test of bravery. It starts with Everest's discovery in the 19th century and takes readers through the early expeditions, the tragic disappearance of Mallory and Irving in 1924, the euphoria of Hillary and Tenzing's successful summit in 1953, the riddle of the Abominable Snowman, the astonishing discovery of Mallory's body in 1999, right up to the most recent triumphs and tragedies. Full of beautiful images of some of the world's most breathtaking scenery, this chronicle of the majestic mountain recounts the struggle of those mountaineers willing to push their bodies to the limits of physical endurance by risking their lives in pursuit of the ultimate goal—to stand on top of the world.

George Craig has followed the fascination of mountaineers with Everest for many years.

3. Everest: A Celebration of the 60th Anniversary of the Conquest of the World's Highest Mountain