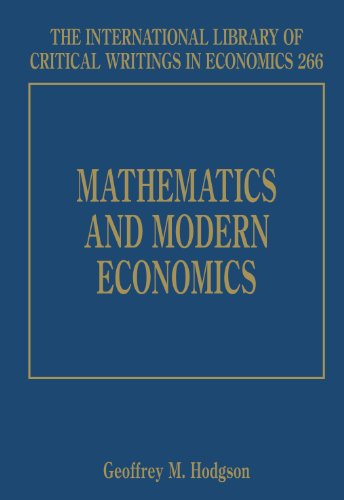 The appropriate role of mathematics in economics has been controversial for two hundred years, and has been a matter of ongoing debate as economics became more mathematical after the Second World War. Controversy has been heightened after extensive criticisms of models used for analysis, prediction and risk assessment prior to the great financial crash of 2008. In this topical collection, Professor Hodgson brings together the seminal classic and recent essays published since 1945 on the role of mathematics in economics, by leading authors including six Nobel Laureates, and from a variety of perspectives.

1. Mathematics and Modern Economics (The International Library of Critical Writings in Economics Series)