Items related to The Hash-Knife Outfit 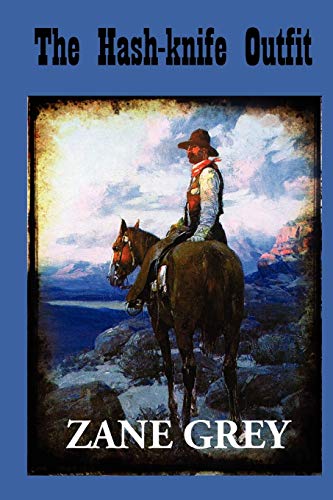 'The Hash-knife Outfit' includes all classic elements of an old western adventure: gun fights, ambushes, face-offs between two rivals and kidnapping of two women. This is the story of a feud between two cattle outfits, The Diamond and The Hash Knife. The Hash Knife Outfit are outlaws and during the dispute kidnap two women. Their rescue and the showdown between the two outfits provide the excitement.

Zane Grey was born on January 31, 1872, in Zanesville, Ohio. He was best known for his popular adventure novels and stories that presented an idealized image of the American frontier. The critically acclaimed Riders of the Purple Sage (1912) has become one of the bestselling and most popular books of all time. Over one hundred films, television episodes, and program series, including Dick Powell’s Zane Grey Theater, have been based loosely on his novels and short stories. He died on October 23, 1939, at his home in Altadena, California.

2. The Hash-Knife Outfit (Paperback or Softback)