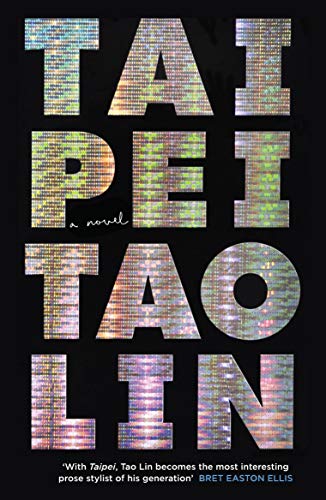 Charles Yu is the author of How to Live Safely in a Science Fictional Universe, which was named one of the best books of the year by Time magazine. He received the National Book Foundation’s 5 Under 35 Award for his story collection Third Class Superhero, and was a finalist for the PEN Center USA Literary Award. His work has been published in The New York Times, Playboy, and Slate, among other periodicals. Yu lives in Los Angeles with his wife, Michelle, and their two children.

What does it feel like to be alive? It's an inquiry central to many novels, either explicitly or implicitly, and it has been explored in so many ways, in so many variations and permutations, that it's remarkable when someone finds a new way of asking the question. With Taipei, Tao Lin has managed to do just that. The novel's protagonist, Paul, is a twenty-something writer living in New York City who has at least two extraordinary capabilities: (1) a terrifyingly high tolerance for pharmacological substances, and (2) a prodigious ability to record and recount the moment-to-moment flow of micro-impressions and fleeting sensations of his awareness. While Lin may not be the first writer to combine these two elements in the form of a novel, he is the first one to synthesize them in this particular way, and it is the tension and interaction of these things that make Taipei such a compelling read.

What does it feel like to be alive? Weird. Really weird. That's something very easy to forget - we have an ability to acclimate quickly to our own ambient mental environment. For similar reasons, the fundamental strangeness of being alive is also very hard to articulate. What Tao Lin does is to slow everything down, paying very close attention to everything, registering his findings. The noise and bustle and all-night lights of the big city, first New York City, and then Taipei, the blur of pills and parties and people's faces are presented not as an impressionistic smear, but in careful, deliberate language, prose so precise it cannot be anything but excruciatingly honest. At times, Taipei feels like an experiment, a study on how to use (and abuse) your brain, with Paul communicating in a way that almost feels scientific - he's a scientist studying the strange thing called his self, or an alien who experiences human consciousness as if he were test-driving a brand new technology. It is this detachment which allows Lin to render, in a very pure, very visceral way, what the fringe feels like, a displacement or distance from the center, from your own heart, the psychological impossibility of going to some real or imagined home. Taipei renders all of this with a brute and direct force, and I admit at times that force caused me to flinch. This kind of experience is why I read, though - to be challenged, to be confronted, to experience something completely familiar that has been made entirely new.

"Tao Lin has made a distinctive career out of sticking to his guns, his guns being the ultra-high-res self-consciousness that characterizes our lives but which we routinely ignore in our lives and in our art. In Taipei he is a constant microscope, examining a world of miniature gestures, tiny facial movements, hands in motion, shrugs, nods, twists, ticks, flicks and snaps, a world in which the barrage of information we take in moment by moment is simultaneously cataloged, interpreted, cross-referenced, recorded, and filed. Taipei is a paean to the minutely examined life, where what is examined is every twitch, flinch, jerk, spasm, tremor, and tic, every high-speed half-formed thought, everything that we routinely consider meaningless and inessential. Here all that is turned on its head and becomes central and predominate, fundamental to being. There is no mistaking that we live a new, ultra self-conscious life, skating on the surface of things while overlaying that surface with a facsimile of the "old life" in which traditional values retain their power and majesty. What is fascinating about Tao Lin's fiction is his willingness, nay, insistence, on sticking to the true life of the new century, as raw, flat, fatigued as it may be. In Taipei he follows an utterly modern creature through a semi-robotic life in America and Taiwan, limiting himself and his characters to reasonably accurate renderings of normal responses without the literary humanist overlay, that is to say, a world almost binary and without much in the way of conventional "emotion," the stuff of which storytelling has forever been made. Lin is a 21st century literary adventurer, willing to work with what he actually has rather than a simulacrum of what once was, or might have been. The result is a fascinating book, bone dry, repellant, painful, but relentlessly true to life. Stripped of any version of the pretty Hallmark Card world that occupies so much fiction today, and which seems vulgar and pathetic by comparison, Taipei lays open the present and likely future of ordinary life in a way that few writers would acknowledge, let alone champion. You owe it to yourself to read Taipei, and to contemplate the world it predicts."
--Frederick Barthelme, author of Waveland

Book Description 2013. Paperback. Condition: New. Main. Paperback. Taipei is an ode - or lament - to the way we live now. Following Paul from New York, where he comically navigates Manhattan's art and literary scenes, to Taipei, Taiwan, where he confronts.Shipping may be from multiple locations in the US or from the UK, depending on stock availability. 256 pages. 0.170. Seller Inventory # 9781782111856

Book Description 2013. Paperback. Condition: New. Main. Paperback. Taipei is an ode - or lament - to the way we live now. Following Paul from New York, where he comically navigates Manhattan's art and literary scenes, to Taipei, Taiwan, where.Shipping may be from our Sydney, NSW warehouse or from our UK or US warehouse, depending on stock availability. 256 pages. 0.170. Seller Inventory # 9781782111856