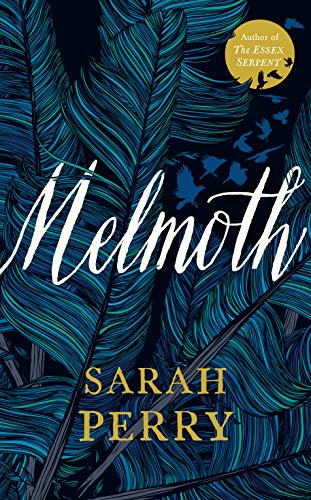 THE NEW SUNDAY TIMES BESTSELLER FROM THE #1 BESTSELLING AUTHOR OF THE ESSEX SERPENT OBSERVER BEST FICTION BOOK OF THE YEAR SHORTLISTED FOR THE 2019 DYLAN THOMAS PRIZE 'A beautiful, devastating, brilliant book' Marian Keyes 'Astonishingly dark, rich storytelling, exquisitely balanced between gothic shocks and emotional truth' Francis Spufford 'Mythic, ominous and sensitively human, Melmoth is haunting in all the best ways' Frances Hardinge **** Twenty years ago Helen Franklin did something she cannot forgive herself for, and she has spent every day since barricading herself against its memory. But her sheltered life is about to change. A strange manuscript has come into her possession. It is filled with testimonies from the darkest chapters of human history, which all record sightings of a tall, silent woman in black, with unblinking eyes and bleeding feet: Melmoth, the loneliest being in the world. Condemned to walk the Earth forever, she tries to beguile the guilty and lure them away for a lifetime wandering alongside her. Everyone that Melmoth seeks out must make a choice: to live with what they've done, or be led into the darkness. Helen can't stop reading, or shake the feeling that someone is watching her. As her past finally catches up with her, she too must choose which path to take. Exquisitely written, and gripping until the very last page, this is a masterpiece of moral complexity, asking us profound questions about mercy, redemption, and how to make the best of our conflicted world.

Sarah Perry is the author of The Essex Serpent and After Me Comes the Flood. A number one bestseller and Waterstones Book of the Year 2016, The Essex Serpent was nominated for a further eight literary awards, including the Costa Novel Award 2017, and the Bailey's Women's Prize for Fiction 2017. After Me Comes the Flood was longlisted for the Guardian First Book Award 2014 and the Folio Prize 2014, and won the East Anglian Book of the Year Award 2014. Sarah has been the UNESCO City of Literature Writer-In-Residence in Prague and a Gladstone's Library Writer-in-Residence. Her work is being translated into nineteen languages, and her essays and fiction have been broadcast on BBC Radio 4 and RTE 1. She reviews fiction for the Guardian and the Financial Times.

This is a beautiful, devastating, brilliant book. It affected me so much I was shaking after I read it. The exquisite, immersive writing compelled me to keep reading even through the horrors described. -- Marian Keyes Astonishingly dark, rich storytelling, exquisitely balanced between gothic shocks and emotional truth. -- Francis Spufford Richly atmospheric, daring and surprising, Melmoth seals Sarah Perry's place as chief architect of literature's gothic revival. -- Melissa Harrison Striking in form and brave in the questions it asks of us all, moving and terribly beautiful, Melmoth left me troubled and haunted for weeks. -- Sam Guglani Sarah Perry is a wonderful writer, the real thing. Her new novel Melmoth packs a punch of atmosphere, creepiness, fear and melancholy. I am going to move it off my bedside table because it is haunting my sleep. -- Susan Hill Mythic, ominous and sensitively human, Melmoth is haunting in all the best ways... including the disquieting ones. -- Frances Hardinge Praise for The Essex Serpent: 'One of the most memorable historical novels of the past decade' * Sunday Times * Praise for The Essex Serpent: 'An irresistible novel that taps the vein of Victorian gothic and British myth' * Daily Telegraph * Praise for After Me Comes the Flood: 'Remarkable... will haunt the reader long after the final page.' * Guardian *

Shipping: US$ 18.88
From United Kingdom to U.S.A.
Destination, rates & speeds

Shipping: US$ 31.18
From United Kingdom to U.S.A.
Destination, rates & speeds

Shipping: US$ 26.73
From United Kingdom to U.S.A.
Destination, rates & speeds

Shipping: US$ 26.62
From United Kingdom to U.S.A.
Destination, rates & speeds

Shipping: US$ 26.62
From United Kingdom to U.S.A.
Destination, rates & speeds