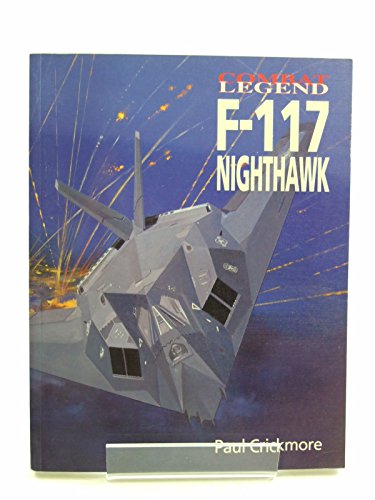 In this popular entry in Crowood Press' Combat Legend series, the legendary F-117 Nighthawk is profiled with text, photos, and illustrations. A key frontline aircraft of the USAF since 1983, the Nighthawk was deployed in the Gulf War and Balkans conflicts, and although it was operational from 1983, it was kept secret until 1988. Modelers, military aviation enthusiasts, and researchers interested in this plane will enjoy this resource on one of the key stealth planes of the late Cold War and early 21st century.

Shipping: US$ 7.77
From United Kingdom to U.S.A.
Destination, rates & speeds