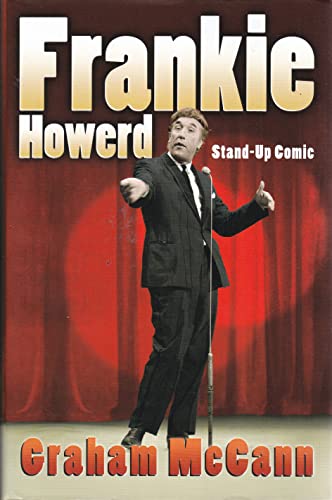 The rambling perambulations, the catchphrases, the bland brown suit and chestnut hairpiece—such were the hallmarks of a revolution in stand-up comedy that came in the unique shape of Frankie Howerd. This new biography from Graham McCann charts the circuitous course of an extraordinary career, moving from his early success in the 40s and early 50s as a radio star, through a period at the end of the 50s when he was all but forgotten as a has-been, to his rediscovery in the early 60s by Peter Cook and continued success. Graham McCann vividly captures both Howerd's colorful career and precarious private life through extensive new research and original interviews with such figures as Paul McCartney, Eric Sykes, Bill Cotton, Barbara Windsor, Joan Simms, and Michael Grade.

Graham McCann is a lecturer in Social and Political Theory at Kings College, Cambridge. He writes regularly on politics and culture for a wide range of publications. Previous books include, CARY GRANT: A CLASS APART, MORECAMBE & WISE and DAD'S ARMY also published by Fourth Estate.

PRAISE FOR DAD'S ARMY: 'A hugely entertaining read.' Daily Telegraph 'A splendid new "biography" of the comedy.' Observer 'More than a showbiz yarn. McCann's engaging book pays homage to the great catchlines ("They don't like it up 'em") and the great punchlines ("Don't tell him, Pike!").' Jonathan Sale, Independent PRAISE FOR MORECAMBE & WISE: 'A gorgeous plum pudding of a biography.' Daily Telegraph 'Intensely moving.' David Hare, Guardian 'So funny that the reader laughs out loud.' Sunday Independent