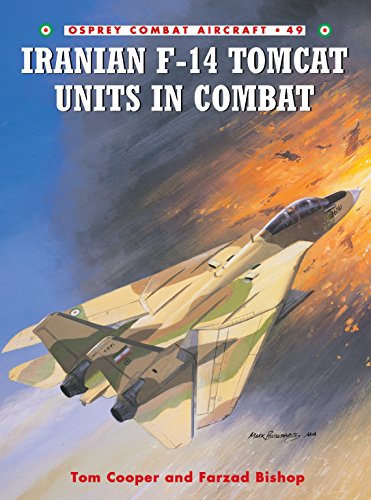 So formidable an opponent did the Iraqi airforce consider the F-14 that during the Iran-Iraq War (1980-1988), they ordered their pilots not to engage F-14s and the presence of one in an area was usually enough to empty it of Iraqi aircraft. Officially losses where tiny; only one F-14 was lost in aerial combat (to a MiG-21), one to a control problem and one downed by a ground-to-air missile. This book looks at the F-14's Iranian combat history and includes first hand accounts from the pilots themselves. It will consider key engagements and the central figures involved, illustrating the realities, successes and failures of the Iranian air campaign.

Born in 1970, Tom Cooper is a native of Vienna, Austria. His travels in Europe and the Middle East have enabled him to establish excellent contacts with many informed sources in Iran, whose experiences he has drawn upon in his books and articles. Farzad Bishop is a well-known Iranian-born aviation analyst and writer who has spent many years researching the airpower aspects of the recent Middle Eastern conflicts. His articles and observations have appeared in both Iranian and international military aviation journals.