Items related to Music and Society in Lowland Scotland in the Eighteenth...

Johnson, David Music and Society in Lowland Scotland in the Eighteenth Century

Music and Society in Lowland Scotland in the Eighteenth Century 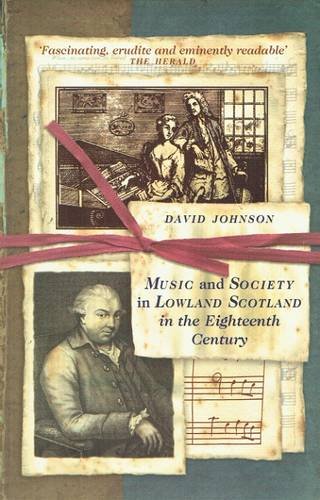 David Johnson's classic study describes Scotland in the eighteenth century, a period when music, both folk and classical, flourished. Thomas Erskine, the Earl of Kelly, is the most remarkable composer of the time, but this book shows how the vibrant musical flowering left no section of society untouched. Musical societies and assemblies were active in all the main towns; the gatherings of genteel society revolved around performances of music and dancing; and among folk instrumentalists the fiddle was overtaking the bagpipe as the mainstay of popular entertainment. At this time both the folk and the classical traditions were at a peak and developing rapidly. One of the achievements of this book is to show the complexity of the relationship between these two main strands of Scottish culture. Much of the repertoire of present-day traditional fiddle music, sometimes romantically depicted as the creation of generations of illiterate farm workers, originated in the eighteenth century through the interplay of classical and folk musicians (many of whom could read music). As remarkable as this hundred-year burst of creative activity is its sudden collapse.Almost two centuries passed before, in our own time, Scottish music has again begun to flourish. In a provocative new introduction to this edition, David Johnson casts a critical eye over the current musical scene in Scotland. He shows how the eighteenth century experience sheds light on the present day, and on what is likely to happen next. If the recent Scottish musical renaissance is to continue, it will have to learn the lessons, so masterfully unfolded here, of an earlier golden period of Scottish music.

David Johnson was born in Edinburgh, where he still lives. His career in music has included teaching, journalism and management, as well as frequent concert performances as a cellist. He has composed more than 50 works.

'A fascinating, erudite and eminently readable account... nearly as difficult to lay down as a good thriller' - Herald 'Full of material that is quite new... provides an analysis of quite unusual clarity and intellectual power' - History