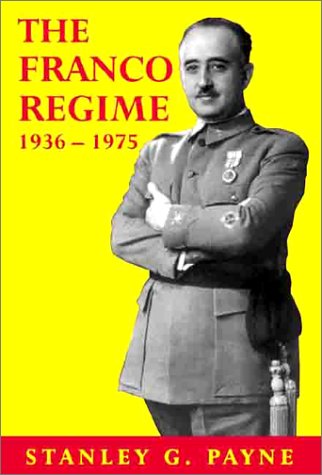 In his treatment of Francisco Franco--who presided over the longest authoritarian regime of the 20th century--Payne offers insights into his personal style, revealing him to be an imperialist, cultural traditionalist, and a determined economic modernizer.

Stanley Payne is Hilldale-Jaimie Vives Professorof History at the University of Wisconsin-Madison. He is the author of a number of books on modern Spanish history - all have been translated into Spanish.

In recent years there have been several studies of the post-Franco transition. Payne, a veteran historian of modern Spain, judges the time to be ripe for a fresh overview of the Franco regime itself. He focuses on the political history of the Franco years, with lesser attention to economic and other developments. Payne struggles to give the Franco of the Civil War every possible credit, assuming Republican bias on the part of the reader. He is less gentle with the regime in reporting on the repression and World War II periods. On the whole, his is a balanced and coherent treatmentnot light reading, but accessible to any serious reader. Well done and highly recommended. Nancy C. Cridland, Indiana Univ. Libs., Bloomington
Copyright 1987 Reed Business Information, Inc.