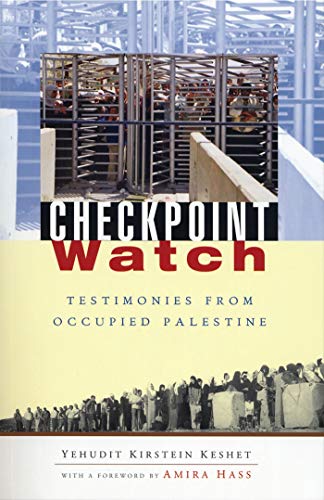 This is a critical exploration of Israel's curfew-closure policy in the Occupied Palestinian Territories through the eyes of CheckpointWatch, an organization of Israeli women monitoring human rights abuses. It combines observers' reports from checkpoints and along the Separation Wall, with information and analysis of the bureaucracy supporting the ongoing occupation. It critically reviews CheckpointWatch's transformation from a feminist, radical protest movement and analyzes Israeli media representation of the organization and of human rights activism in general.

Yehudit Keshet is co-founder of CheckpointWatch, a women-only, human rights monitoring group whose members observe and report the behavior of the Israeli military at military and police checkpoints in the occupied territories.

'This important book offers an insightful perspective of the system of Israeli military checkpoints and blockades in the West Bank, their devastating impact on the Palestinian population, and the arbitrary use of a control mechanism for reasons which often have little to do with security considerations. The first-hand accounts and observations of the Watchers - Israeli women from all walks of life - also provide an interesting insight into how different sectors of Israeli society see - or fail to see - the impact of such a system and its injustices' Donatella Rovera, Researcher on Israel and the Occupied Territories, Amnesty International 'It is impossible to guess when and how the harsher Israeli version of the Apartheid Pass System will collapse. When it does, CheckpointWatch will have had an important role in its collapse'. Amira Hass