Items related to I Dared to Call Him Father

Sheikh, Bilquis I Dared to Call Him Father

I Dared to Call Him Father 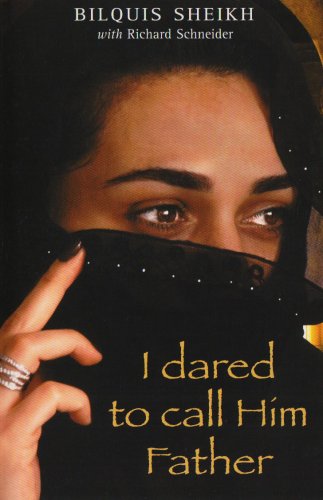 I Dared to Call Him Father is the fascinating true story of Bilquis Sheikh, a prominent Muslim woman. Her unusual journey to a personal relationship with God turned her world upside down-and put her life in danger. Originally published in 1978, the book has sold 300,000 copies and is a classic in Muslim evangelism. The 25th anniversary edition includes an afterword by a missionary friend of Bilquis who plays a prominent role in the story and an appendix on how the East enriches the West.

How do I give myself to God completely?

What happens when I do?

I Dared to Call Him Father is a book for everyone who has ever asked these questions.

It is the fascinating true story of Bilquis Sheikh, a prominent Muslim woman in South Asia who faced these questions at the crossroads of her life-and found the astonishing answers.

Her entire life turned upside down as a series of strange dreams launched her on a quest that would forever consume her heart, mind and soul.

This 25th anniversary edition contains a new afterword by a Western friend of Bilquis and a new appendix on how the East enriches the West.

Bilquis Sheikh was the wife of a high-ranking government official in Pakistan. She gave her life to Jesus Christ in 1966. In 1972, sponsored by Samaritan's Purse, she resettled in the United States, where she spoke widely and shared her faith with many. Years later Bilquis returned to Pakistan, where she died in 1997. She was given a Christian funeral.

1. I Dared to Call Him Father Sheikh, Bilquis