Items related to The Kreutzer Sonata (The Complete Classics)

The Kreutzer Sonata (The Complete Classics) 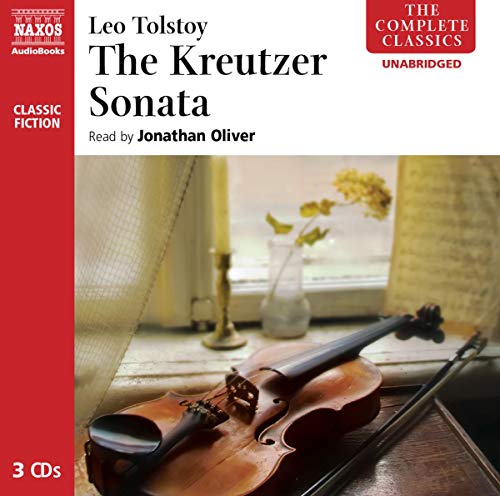 LEO TOLSTOY was born in 1828 about two hundred miles from Moscow. His mother died when he was two, his father when he was nine. His parents were of noble birth, and Tolstoy remained acutely aware of his aristocratic roots, even when he later embraced doctrines of equality and the brotherhood of man. After serving in the army in the Caucasus and Crimea, where he wrote his first stories, he traveled and studied educational theories. In 1862 he married Sophia Behrs and for the next fifteen years lived a tranquil, productive life, finishing War and Peace in 1869 and Anna Karenina in 1877. In 1879 he underwent a spiritual crisis; he sought to propagate his beliefs on faith, morality, and nonviolence, writing mostly parables, tracts, and morality plays. Tolstoy died of pneumonia in 1910 at the age of eighty-two.

Less a story than a philosophical tract, this tale is told to a chance listener on a railway journey by a man who has murdered his wife and been exonerated on the grounds that she was unfaithful and deserved it. Tolstoy writes the murderer Pozdnyshev as distraught, given to uttering a strange emotional cry, which Jonathan Oliver renders brilliantly. Oliver's Pozdnyshev, high-strung and tormented, is convinced that his crime was caused by the nature of modern marriage and that any true Christian, married or not, must live celibate or risk his mortal soul. Since Pozdnyshev strikes the listener as delusional, but Tolstoy's afterword makes clear that he is the author's mouthpiece, this makes for a strangely dissonant experience, if a marvelous piece of acting. B.G. © AudioFile 2010, Portland, Maine