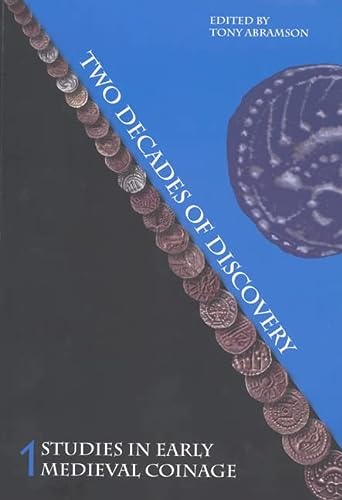 Recent years have seen increasing interest being taken by both scholars and enthusiasts in the remarkable iconography of early Anglo-Saxon coinage. During this period there was a remarkable diversity of intentionally ambiguous imagery conflating the various traditions then extant in England, and indeed the sheer quantity of types produced in post-Roman Britain prior to the establishment of a clear political hierarchy has often been regarded as a daunting hurdle for scholarly research. Although this wealth of material has long been available, recent advances in both discovery techniques and classification systems have seen a renewal of interest in these largely neglected artefacts. This volume draws upon these advances to establish a new benchmark for the study of coin typologies. Going beyond the traditional studies of moneyers, mint marks and monarchs, these essays draw upon the imagery present upon the coins themselves to offer new insights into Anglo-Saxon art and society.

A most welcome development for Anglo-Saxon studies. YEAR'S WORK IN ENGLISH STUDIES Provides some useful papers emphasising that coinage should be of interest to many archaeologists, and is informative to researchers in various fields, not just those with interests in economics. MEDIEVAL ARCHAEOLGY This book is announced as the first volume in a series devoted to current research on sceattas. In view of the potential of further findings on this large and complex coinage to illuminate the history of the transition of the North Sea region from a marginal fringe of the late Roman world to the center of new medieval civilizations, this is a welcome prospect. THE MEDIEVAL REVIEW A 'one-stop shop' for new research. (...) A long-overdue update on the state of sceatta studies in the UK and Europe. SPINK NUMISMATIC CIRCULARIntended as the first of a series, and on the evidence presented here, this seems a very worthwhile endeavour. BRITISH ARCHAEOLOGYThis discussion and reference work will be of great interest to anyone who is deeply into sceattas. THE SEARCHER,

6. Studies in Early Medieval Coinage 1 and#8211; Two Decades of Discovery