Items related to The Manningham Trilogy: The Warrior

The Manningham Trilogy: The Warrior

The Manningham Trilogy: The Warrior 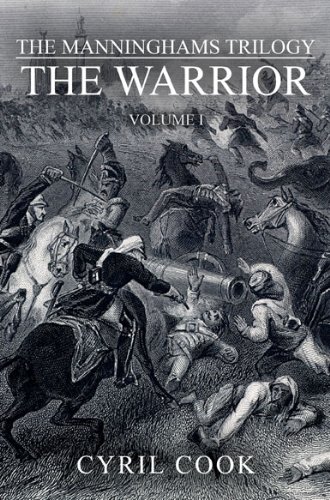 A fast moving story of a middle-class family set in the 1860's, whose way of life is changed as a result of a murder within their ranks, and the arrest and punishment of the criminals. The depravity of life in the slums of Victorian London is contrasted with the life of the carriage driving classes.The story follows the subsequent life of Rufus Manningham 'The Warrior' as instead of joining the Royal Horse Artillery as an officer he is obliged to join in the ranks. The Warrior is posted to yellow-fever stricken West Indies and upon his return to England is involved in an extremely complicated love-lifea situation which continues when he is sent to India where he fights with distinction in the Indian Muting.After his discharge the story switches to his taking over the running of the family factory in Bermondsey, an area of great deprivation and squalor where again his courage and resourcefulness are out to good use, without, however his apparently insoluble marital problems being settled.Despite the hard life and times depicted in the story, a pronounced constant current of humour flows through the volume, symptomatic of all narratives.

1. The Manningham Trilogy - The Warrior