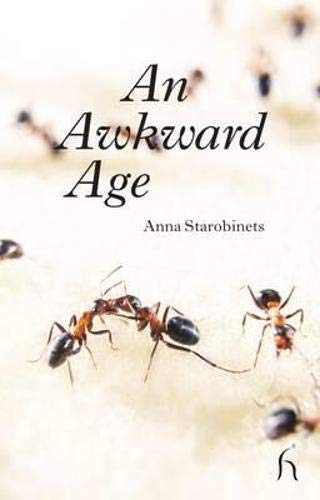 The title story of this enthralling compilation spins the tale of a boy growing into adolescence whose body appears to have been taken over by a colony of ants. His diary—initially expressed in the barely literate tones of a young child—becomes more accomplished and assured as the protagonist matures and eventually begins to give way to the voice of the ruler of the anthill. Featuring a direct, commendably unpretentious, and convincing style, the tales use recognizably modern Russian settings to explore the contemporary condition of man both in Russia and further afield.

"Anna Starobinets stands apart from other genre writers thanks to her ability to write in a good, unpolluted and idiomatic Russian."  —Moscow Times

"The effect produced is that of sheer fear, largely due to the simplistic style of the language and the realistic reportage-style descriptions."  —Daily Telegraph

Book Description Hardcover. Condition: Good. Connecting readers with great books since 1972. Used books may not include companion materials, some shelf wear, may contain highlighting/notes, may not include cdrom or access codes. Customer service is our top priority!. Seller Inventory # S_338393637

Book Description Condition: Good. A+ Customer service! Satisfaction Guaranteed! Book is in Used-Good condition. Pages and cover are clean and intact. Used items may not include supplementary materials such as CDs or access codes. May show signs of minor shelf wear and contain limited notes and highlighting. Seller Inventory # 1843917149-2-4

Book Description Condition: Fair. Independent family-run bookstore for over 50 years! Buy with confidence! Book is in acceptable condition with wear to the pages, binding, and some marks within. Seller Inventory # bk1843917149xvz189zvxacp

Book Description Hardcover. Condition: Good. No Jacket. Item is in good condition. Some moderate creases and wear. This item may not come with CDs or additional parts including access codes for textbooks. This may not have a dust jacket. Might be an ex-library copy and contain writing/highlighting. Photos are stock pictures and not of the actual item. Seller Inventory # DS-1843917149-3