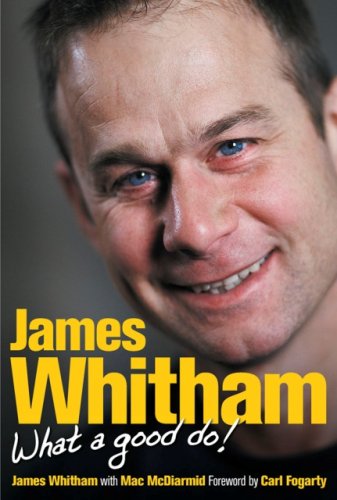 Michael James Whitham retired from motorcycle racing in 2003, having won only three British titles, the last in 1993. But for well over a decade he was one of the few genuinely world-class UK racers, competing in World Superbike and World Supersports championships for most of those years. To his fellow racers James Whitham is the fastest nice guy on Earth, and one of racing’s most colorful characters.

Mac McDiarmid is the author of two superb Haynes books: Joey Dunlop: His Authorised Biography and Magic of the TT. The Dunlop title sold 19,000 copies in hardback and 6,500 in paperback.

1. James Whitham: What a Good Do

2. James Whitham: What a Good Do

Book Description -. Hardcover. Condition: Very Good. James Whitham: What a Good Do This book is in very good condition and will be shipped within 24 hours of ordering. The cover may have some limited signs of wear but the pages are clean, intact and the spine remains undamaged. This book has clearly been well maintained and looked after thus far. Money back guarantee if you are not satisfied. See all our books here, order more than 1 book and get discounted shipping. Seller Inventory # 7719-9781844254927