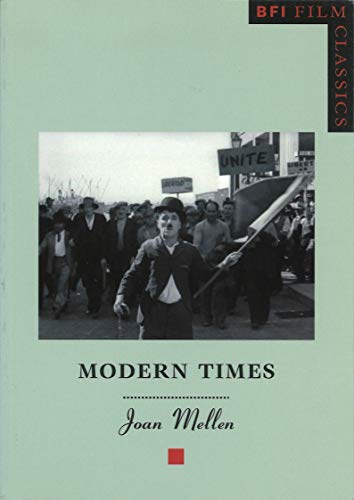 Modern Times (1936) was Charlie Chaplin's last full-length silent film, and also his last appearance as the Tramp, probably the most recognizable figure in film history. Social and political concerns had often featured in Chaplin's films, but in Modern Times they culminate in a protest against conditions during the Great Depression.

Joan Mellen situates Modern Times within the context of Chaplin's life and his work, exploring its history and influences as well as its ongoing appeal. She explores how the film's themes of oppression, industrialization, and dehumanization are embodied in the little tramp's struggle to survive in the modern world.

Joan Mellen dedicates the final chapter of the book to the fascinating details of the FBI's file on Chaplin, which was opened in 1922 and maintained until long after his death.

Joan Mellen is Professor of Creative Writing at Temple University. She is the author of the BFI Film Classics on Seven Samurai and In the Realm of the Senses, as well as several works of biography, fiction, and literary criticism. Her latest book is A Farewell To Justice: Jim Garrison, JFK's Assassination and the Case That Should Have Changed History (2005).

' ...audience friendly laughs mixed with a social and political context...undoubtedly for all those film fans who appreciate the art of the silent movie and what went into crafting such a complex piece of entertainment...Mellen really has excelled herself...' - Filmwerk