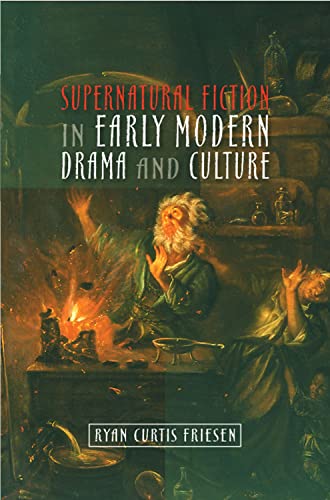 Beliefs and claims concerning impossible phenomena and superhuman agency require literary historians to determine whether an occult system of magical operation is being described in a given text. Each chapter in this volume evaluates whether a chosen early modern author is endorsing magic as efficacious or divinely sanctioned, or criticizing it for being fraudulent or unholy. By examining works of fiction, it is possible to explore fantastic settings which were not intended to be synonymous with the early modern audience's everyday experience, settings where magic exists and operates according to the playwrights' designs. The book also determines what historical sources provided given authors with knowledge of the occult and it speculates on how aware an audience would have been of academic, classical, or popular contexts surrounding the text at hand. It brings together authors of fiction with philosophers and academics in Early Modern England and compares their ways of describing and understanding the world. It also explores popular culture, as well as the culture of the learned and elite. The book examines the intellectual consequences of the Reformation and compares the spiritual and doctrinal practices of the occult to those of orthodoxy.

Ryan Curtis Friesen is an associate lecturer in English at the University of Wisconsin–LaCrosse who has written about the supernatural as a literary theme in the fiction of England and the United States.

“The volume exemplifies new-historicist interpretive practice at its best. Dr. Friesen’s treatment of the occult and its place in early modern culture is simply brilliant and his particular analyses of how cultural discourses on the occult impact and are impacted by aesthetic form in plays by Marlowe, Shakespeare, Middleton and Ben Jonson, are thoroughly illuminating. . . . [It] will be appealing not only to students and scholars in English, but to everyone who is interested in the occult and its discursive function in a society.”  —Lalita P. Hogan, author, Comparative Poetics: Non-Western Traditions of Literary Theory

“Shrewdly engages the topic of early modern magic as it shapes and takes shape in a series of representations both nonfictional.”  —David Houston Wood, author, Time, Narrative, and Emotion in Early Modern England

Shipping: US$ 8.57
From United Kingdom to U.S.A.
Destination, rates & speeds