Items related to The Wines of Spain (Classic Wine Library) 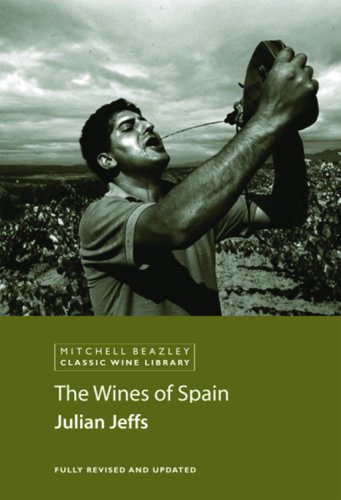 Spain’s winemaking tradition is as old as France’s, yet it is evolving in new directions even faster than its Gallic rival. Major producers from well-known wine estates as well as small wine-producing bodegas from dozens of regions—including Catalonia, Aragón, Navarra, the Levant, Andalucia, and the Islands—are introduced here. All the entries receive a full description of their climate, soil, landscape, grapes, plantings, authorized yields, wines, and vintages. Fourteen detailed maps of winemaking regions are accompanied by addresses for touring and websites for ordering. Also helpful are the clarifications of confusions caused by interchangeable use of Spanish and French terms.

Julian Jeffs became a barrister in 1958 and throughout his career worked as a QC, Bencher, and deputy High Court Judge. In his free moments he found time to be one of the founder members of the Cambridge University Wine & Food Society, President of the Circle of Wine Writers, and General Editor of the Faber wine books. His first-hand experience of Spain came when he worked in the sherry trade in Jerez de la Frontera, and during his many subsequent visits to the country he has formed the basis of this and other books. He is the author of Sherry in this same series, and he regularly hosts tutored tastings on Spanish wines.