Items related to Indigenous Peoples, Civil Society, and the Neo-liberal... 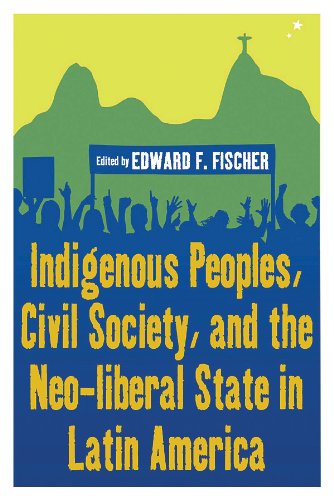 In recent years the concept and study of “civil society” has received a lot of attention from political scientists, economists, and sociologists, but less so from anthropologists. A ground-breaking ethnographic approach to civil society as it is formed in indigenous communities in Latin America, this volume explores the multiple potentialities of civil society’s growth and critically assesses the potential for sustained change. Much recent literature has focused on the remarkable gains made by civil society and the chapters in this volume reinforce this trend while also showing the complexity of civil society - that civil society can itself sometimes be uncivil. In doing so, these insightful contributions speak not only to Latin American area studies but also to the changing shape of global systems of political economy in general.

Edward F. Fischer is Professor of Anthropology and Director of the Center for Latin American Studies at Vanderbilt University. His work focuses on issues of political economy, identity politics, and globalization; he has conducted long-term fieldwork with the Maya of Guatemala and in Germany. His publications include Maya Cultural Activism in Guatemala (1996), Cultural Logics and Global Economies: Maya Identity in Thought and Practice (2001), Tecpán Guatemala: A Modern Maya Town in Local and Global Context (2002, with Carol Hendrickson), and Broccoli and Desire: Global Connections and Maya Struggles in Postwar Guatemala (2006, with Peter Benson). His current research focuses on the interplay of moral values and economic rationalities.

“The Fischer collection offers a useful assessment of the effects and limits of neoliberal governmentality projects, focused on critical discussion of the concept of ‘civil society’...also provides some useful reflections on translocal and transnational relations and processes.”  ·  JRAI