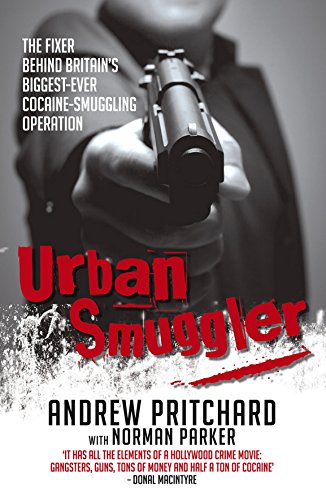 Urban Smuggler chronicles the rollicking life story of one of the most prolific smugglers of our time. Andrew Pritchard started out by running some of the biggest warehouse raves of the acidhouse era, but when someone was murdered at one of his events he was forced to go on the run to Jamaica. There, Pritchard learned the tricks of the smuggling trade, and with corrupt UK Customs officers in his pocket it seemed that nothing could go wrong. But then someone used his supply chain to shift a massive amount of cocaine. When he went to meet a shipment of "moody" cigars, he was seized by a Customs task force and arrested when the goods turned out to be half a ton of premium-grade cocaine. Following two trials, Pritchard was acquitted after eighteen months on remand. In Urban Smuggler, he reveals just how easy it can be to import shiploads of contraband into the UK and exposes what he believes to be corruption within the law-enforcement agencies tasked with tackling this kind of crime. Here, then, is the inside story of how he became an "urban smuggler."

Norman Parker is the author of several true-crime titles, including Parkhurst Tales and In the Company of Killers. Andrew Pritchard formed the Dark Angel Media Group and worked on this book following his acquittal in 2006.

"It has all the elements of a Hollywood crime movie" -- Donal Macintyre "An incredible story" * ShortList * "'An astonishing true story . . . a cut above the rest'" * The Voice *