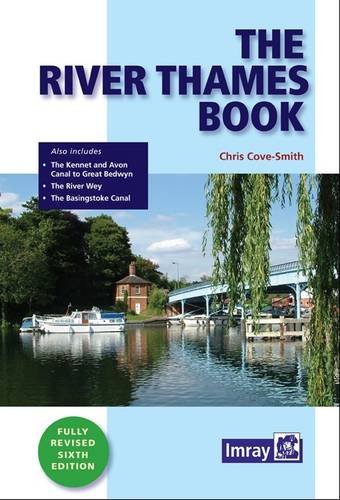 The River Thames Book is the best-selling guide to the non-tidal Thames from Teddington to its source in Gloucestershire. This complete guide covers the Barrier to Cricklade with the River Wey, Basingstoke Canal and the Kennet & Avon Canal to Great Bedwyn. Chris Cove-Smith's text describes the navigation with support of clear and detailed mapping. The River Thames Book also lists in exhaustive detail the facilities to be found along each section of the navigation. This sixth edition has been brought up to date and all the changes to riverside facilities that have occurred during the five years since the last edition was published have been recorded. Where it affects the Thames the demise of British waterways is noted and full details of the new Canal and Rivers Trust are noted. This new edition includes many new photographs as well as amendment to the mapping.

Book Description Paperback. Condition: Good. The book has been read but remains in clean condition. All pages are intact and the cover is intact. Some minor wear to the spine. Seller Inventory # GOR006462534

Book Description Paperback. Condition: Very Good. The book has been read, but is in excellent condition. Pages are intact and not marred by notes or highlighting. The spine remains undamaged. Seller Inventory # GOR006750288

Book Description Paperback. Condition: Fair. A readable copy of the book which may include some defects such as highlighting and notes. Cover and pages may be creased and show discolouration. Seller Inventory # GOR009271572

Book Description Imray,Laurie,Norie and Wilson Ltd, 2012. Paperback. Condition: Used; Good. **SHIPPED FROM UK** We believe you will be completely satisfied with our quick and reliable service. All orders are dispatched as swiftly as possible! Buy with confidence! Aloysius Ihezie. Seller Inventory # 1873402

Shipping: US$ 8.83
From United Kingdom to U.S.A.
Destination, rates & speeds