Items related to Spqr: A History of Ancient Rome 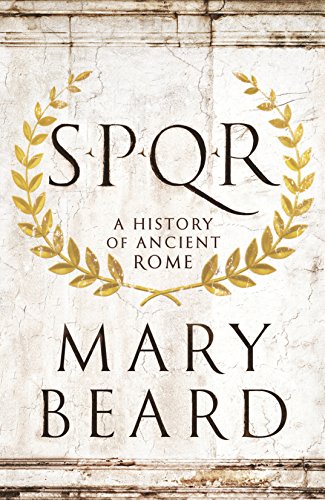 Sunday Times Top 10 Bestseller Shortlisted for a British Book Industry Book of the Year Award 2016 Ancient Rome matters. Its history of empire, conquest, cruelty and excess is something against which we still judge ourselves. Its myths and stories - from Romulus and Remus to the Rape of Lucretia - still strike a chord with us. And its debates about citizenship, security and the rights of the individual still influence our own debates on civil liberty today. SPQR is a new look at Roman history from one of the world's foremost classicists. It explores not only how Rome grew from an insignificant village in central Italy to a power that controlled territory from Spain to Syria, but also how the Romans thought about themselves and their achievements, and why they are still important to us. Covering 1,000 years of history, and casting fresh light on the basics of Roman culture from slavery to running water, as well as exploring democracy, migration, religious controversy, social mobility and exploitation in the larger context of the empire, this is a definitive history of ancient Rome.SPQR is the Romans' own abbreviation for their state: Senatus Populusque Romanus, 'the Senate and People of Rome'.

A professor of classics at Cambridge University, Mary Beard is the author of the best-selling The Fires of Vesuvius and the National Book Critics Circle Award–nominated Confronting the Classics. A popular blogger and television personality, Beard gave the Mellon Lectures at the National Gallery of Art in Washington, DC, and is a regular contributor to the New York Review of Books. She lives in England.

“Beard tells this story precisely and clearly, with passion and without technical jargon...SPQR is a grim success story, but one told with wonderful flair.”
- Greg Woolf, Wall Street Journal

“Though she here claims that 50 years of training and study have led up to SPQR, Beard wears her learning lightly. As she takes us through the brothels, bars, and back alleys where the populus Romanus left their imprint, one senses, above all, that she is having fun.”
- James Romm, New Republic

“By the time Beard has finished, she has explored not only archaic, republican, and imperial Rome, but the eastern and western provinces over which it eventually won control...She moves with ease and mastery though archaeology, numismatics, and philology, as well as a mass of written documents on stone and papyrus.”
- G. W. Bowersock, New York Review of Books

“In SPQR, her wonderful concise history, Mary Beard unpacks the secrets of the city's success with a crisp and merciless clarity that I have not seen equaled anywhere else.”
- Ferdinand Mount, New York Times Book Review