Items related to John Skelton: The Career of an Early Tudor Poet

John Skelton: The Career of an Early Tudor Poet 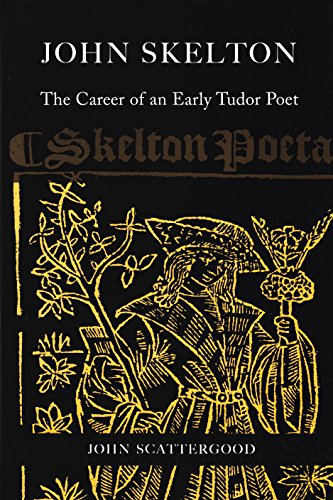 John Skelton (c.1460-1529) wrote poetry and some prose, in Latin and English, for almost 40 years, circulating his work through manuscript copies and the new medium of print. Skelton was both a priest and a court writer: he was attached to Henry VIII and wrote much at 'the kinges most noble commaundement.' His work deals in praise and blame, the ethical poetic of the Middle Ages: he wrote to promote the good of his country and the moral well-being of the individual. But, within these limits, his work addresses a wide variety of subjects - English relations with France and Scotland, the internal politics of the Tudor court and the ambitions of Cardinal Wolsey, heresy and the threats of Lutheransim - in an astonishing variety of genres and forms. This book traces both the course of John Skelton's public career and his developing personal concerns as he restlessly sought to express ideas which were politically relevant and effective in ways which were also aesthetically satisfying. *** "Scattergood offers a chronological, comprehensive assessment of Skelton's output, with special attention to his social and political contexts, including absorbing comments on pertinent topics as diverse as making ale and teaching Latin. Those new to Skelton will welcome such breadth, and specialists will value Scattergood's measured responses to previous evaluations... Recommended." -- Choice, Vol. 52, No. 9, May 2015 *** "There can be little doubt that John Scattergood's John Skelton will become the definitive book-long treatment of the Tudor poet, if only because this impressive work meets two essential criteria: comprehensiveness and competence." - Speculum 90/3, July 2015 [Subject: Biography, History, Medieval Studies, Literary Criticism]

1. John Skelton: The Career of an Early Tudor Poet

Book Description Four Courts Press, 2014. Condition: Good. A+ Customer service! Satisfaction Guaranteed! Book is in Used-Good condition. Pages and cover are clean and intact. Used items may not include supplementary materials such as CDs or access codes. May show signs of minor shelf wear and contain limited notes and highlighting. Seller Inventory # 1846823374-2-4

2. John Skelton: The Career of an Early Tudor Poet