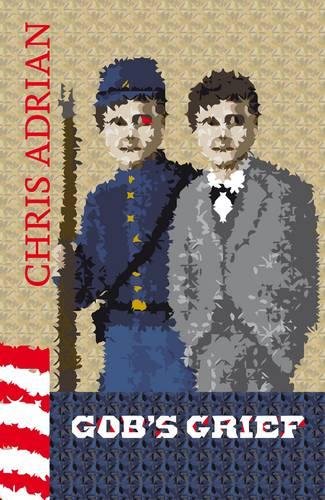 In the summer of 1863, Gob and Tomo Woodhull, eleven-year-old twins, together agree to forsake their home and family in Licking County, Ohio, for the glories of the Union Army. But on the night of their departure for the war, Gob suffers a change of heart, and Tomo is forced to leave his brother behind. When Tomo is shot clean through the eye in his very first battle, Gob is left to endure the guilt and grief that will later come to fuel his obsession with building a vast machine that will bring Tomo - indeed, all the Civil War dead - back to life. This vision of a world without death brings together a host of drifters; all of whom have lost someone they love. These disparate lives gather round the charismatic, brilliant, Gob, whose mad dreams come to seem more and more likely to be realised. But the abolition of death and the success of Gob's machine may come at a price more hideous and awful than anyone could imagine.

About the Author:
Selected by the New Yorker as one of the '20 Under 40', CHRIS ADRIAN is the author of Gob's Grief, The Children's Hospital, A Better Angel and The Great Night. He works as a paediatrician, living in New York and San Francisco.

Book Description Hardcover. Condition: Used; Very Good. Dispatched, from the UK, within 48 hours of ordering. Though second-hand, the book is still in very good shape. Minimal signs of usage may include very minor creasing on the cover or on the spine. Seller Inventory # CHL6435980

Book Description Condition: Very Good. Ships from the UK. Former library book; may include library markings. Used book that is in excellent condition. May show signs of wear or have minor defects. Seller Inventory # 16253565-20

Shipping: US$ 7.08
From United Kingdom to U.S.A.
Destination, rates & speeds

Shipping: US$ 11.69
From United Kingdom to U.S.A.
Destination, rates & speeds

Shipping: US$ 30.77
From United Kingdom to U.S.A.
Destination, rates & speeds