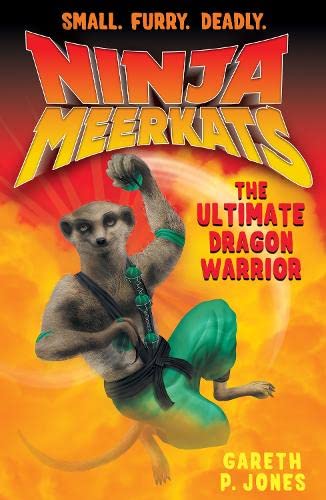 The meerkats are on Dragon Island, competing for the title of Ultimate Dragon Warrior. But danger erupts when the Ringmaster discovers the volcanic island's precious secret. The Clan's kung-fu skills are tested to melting point as they fight to stop his evil plan. Will the action be too hot to handle?

Gareth P. Jones is the author of many books for children, including the Ninja Meerkats series, and The Considine Curse, for which he won the Blue Peter Book of the Year 2012 award. He also works as a producer of TV documentaries. He lives in London with his wife and children.