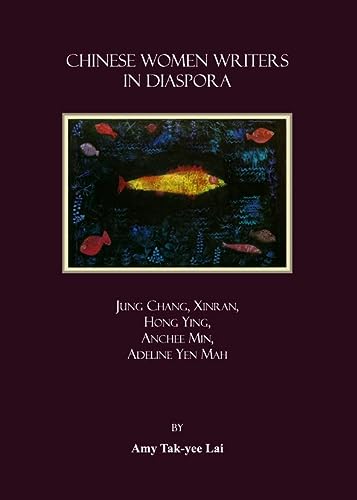 The mention of Chinese women writers in diaspora immediately brings to mind Jung Chang (b. 1952) and her Wild Swans: Three Daughters of China (1991), which won the 1992 NCR book award and the 1993 British Book of the Year Award, and got officially banned in China. Despite its popular reception and crucial acclaim, Chang s work has invited a lot of attacks. Among the most common is the contention that it merely focuses on the experience of the privileged and does not tell the reader what other memoirs have not already revealed. Chinese Women Writers in Diaspora is a pioneering study that focuses on four Chinese women writers currently living in the United States and England, whose works have been popularly received and in many cases, highly controversial but have received little scholarly attention: Xinran (b.1958), Hong Ying (b. 1962), Anchee Min (b.1957), and Adeline Yen Mah (b.1937). The chapters illuminate how Xinran constructs her identity and her fellow Chinese women in dialectics of self and other; how Hong Ying evokes cycles of return that blend Western and Chinese philosophical concepts; how Min employs images of theatre and theatrical conventions to depict the entrapment and transgression of her protagonists; and how Mah transliterates and appropriates both Western and Chinese fairy tale motifs to fashion her Chinese feminist utopia. While Jung Chang s memoir seems confining, it has aroused interest in the genre of Chinese female autobiography, and Chinese women writers who live and write between cultures.

Amy Tak-yee Lai obtained her PhD in postcolonial literature from the University of Cambridge, and has lectured widely on creative writing, film and media studies, and Chinese-Western comparative literature. She has published numerous articles on Gao Xingjian, Haruki Murakami, Asian English writers, the cultural consumption of Hello Kitty, Japanese film and culture, and filmic adaptation of nineteenth-century fiction.