Items related to Photography and Literature in the Twentieth Century

Photography and Literature in the Twentieth Century 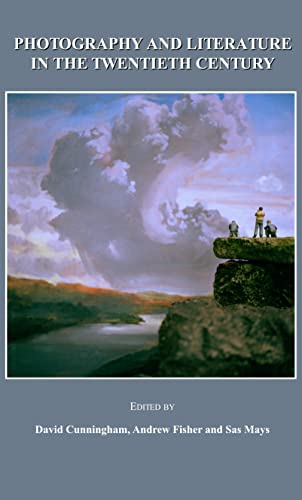 Photography and Literature in the Twentieth-Century offers an accessible and fresh approach to an object of interdisciplinary research that is currently receiving increased international attention. Providing a broad historical schema, and examining pivotal moments within it, the collection brings together a range of writers and practitioners who help to guide the reader through a historical cross-section of current work in this area. Unlike most existing studies, this volume considers both key literary figures, from Proust to Sebald, and photographic practitioners, from Heartfield to Sekula, in order to give a commanding overview of its subject that is both well-informed and often ground-breaking. With original and accessible essays by acknowledged experts in the field, this is a book that should be of interest not only to students and teachers in departments of literature and photography, but also to those in cultural studies and art history, as well as photographic artists.

David Cunningham is Lecturer in English Literature at the University of Westminster and an editor of the journal Radical Philosophy. Andrew Fisher is an artist and writer who has exhibited work both nationally and internationally. He currently teaches in the Photography Department of Camberwell College of Arts. Sas Mays teaches aesthetics and critical theory at the University of Westminster. His research concerns the gender politics of the archive in contemporary aesthetics.

Although in the 20th century the relation between literature and photography was arguably as significant as literatureŌs relation to painting in the 19th century, over the past generation the discussion of photographyŌs multiple intersections and interactions with writing and writers have tended to narrow to a few overly canonised works. This volume reverses this situation through the diversity and originality of the essays it gathers together: it has the potential to reawaken a field that for too long has been allowed to remain dormant. ŌNorman Bryson, Professor of Art History, Theory and Criticism, University of California, San Diego, and author of Looking at the Overlooked. From Proust to Sebald, photography has occupied a significant place in literature, and visa versa. This book makes an important contribution to engaging with the relationship between the photograph and the text. ŌSteve Edwards, Open University, and author of The Making of English Photography. Discussion of literature and photography still tends to languish in the realms of image and text, rather than in the literary strategizing of photographers, or in the recurrent placing of the effects of the photographic act in twentieth-century fiction. Photography and Literature in the Twentieth Century remedies this. One of the most significant outcomes of the conjunction it generates is the realisation of how much the two are interrelated in the formation of modernism and after. The collection brings together work by some of the best emerging scholars and artists in the field. I highly recommend it. ŌJohn Roberts, University of Wolverhampton, and author of The Art of Interruption: Realism, Photography and the Everyday. --Not available

1. Photography and Literature in the Twentieth Century