The Second World War Experience Volume 3: Turning of the Tide 1942-44 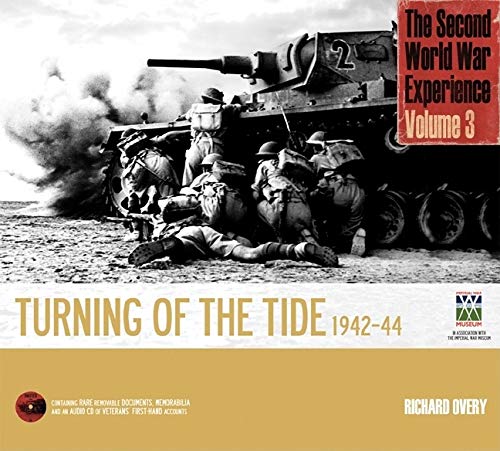 After years of losses, the tide finally turns beginning in Russia with the epic battle for Stalingrad and the German retreat. Then, in Africa, the Allied armies defeat Rommel’s Afrika Korps. On mainland Europe, the Allies finally gain significant ground with the invasion of Italy and that county’s eventual surrender. Rare facsimile documents include General Montgomery’s orders for the Battle of El Alamein and Stalin’s notes for his speech following the Red Army’s victory at Stalingrad.

Richard Overy, Professor of History, University of Exeter, is a world-renowned historian and an expert on the history of the Second World War, air warfare and the Hitler and Stalin dictatorships. He has won five prizes for his published work, including the 2005 Wolfson prize for History. He is a regular contributor to the Independent, Sunday Telegraph and Guardian.