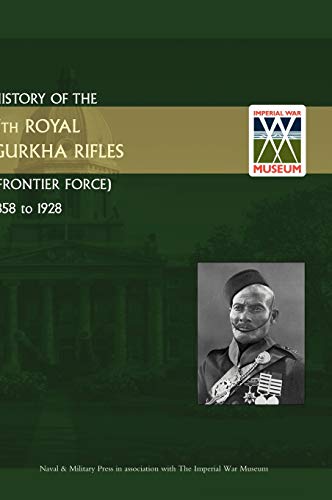 A superb unit history. The project, originally privately printed, was initiated by Col. H. E. Weeks, but the final compilation and editing was carried through by several different officers of the Regiment.They made an excellent job of it.They cover the early days at Abbottabad, the Second Afghan War (when Capt John Cook won the Regiment’s first VC at Peiwar Kotal), the Black Mountain expedition, the Hunza affair (when two more VCs were gained), and the services of the three battalions in the Great War (1st Bn at Gallipoli, 2nd Bn in Mesopotamia, and 3rd Bn in India and Mesopotamia). The text is accompanied by an Index, Apps: Roll of Honour (British officers ony), H & A, & list of former officers.

Shipping: US$ 18.89
From United Kingdom to U.S.A.
Destination, rates & speeds