Items related to Manchester United: The Biography: The Complete Story...

Manchester United: The Biography: The Complete Story of the World's Greatest Football Club 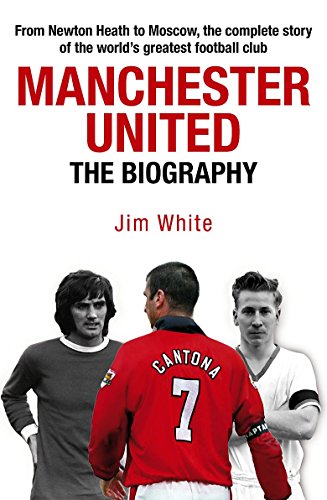 Following the club’s extraordinary journey from its birth in the railway works of Newton Heath to its current status as the biggest club in world soccer, this is a fascinating history of a remarkable team. The key stages in Manchester United’s history are covered: the Munich Air Crash of 1958, which saw the best part of an entire team (the Busby Babes) being killed; becoming the first English team to win the European Cup in 1968 (with Bobby Charlton and George Best); the dominance of the club in the Premiership; the controversial sale to American tycoon Malcolm Glazer; and much more. By drawing on the recollections of everyone from players and managers to fans and backroom staff, enough new material as been unearthed to interest fans and casual supporters.

About the Author:
Jim White is an award winning sports journalist and columnist formerly for the Guardian and currently for the Daily Telegraph. He is the author of You'll Win Nothing with Kids.
Review:
A rich and thoroughly enjoyable tapestry Sunday Business Post All encompassing yet readable Irish Times **** London Metro A must read for anyone who takes football seriously RTE Guide