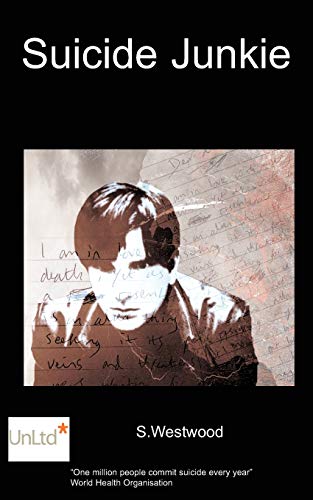 As a survivor of at least six suicide attempts and a habit to self harm the author of this autobiographical novel fights with an obsessive phobia that his skin is hideously ugly and a personality disorder that leads to the edge of despair. He is diagnosed as having Borderline Personality Disorder and severe depression but it is not for a further ten years that his silence regarding his appearance is broken and he is finally diagnosed with Body Dysmorphic Disorder. In the knowledge that his skin problem is a mental disorder rather than a physical deformity the correct medication is, at last, prescribed and the road to recovery begins. This is a strong and emotional but ultimately positive book which will do much to create greater understanding of these widely mis-understood ailments.

S. Westwood grew up in Great Wymondley, a small village near Hitchin in Hertfordshire. He studied at the Thomas Alleyne school in Stevenage and then went on to study at the NH College in Letchworth. Now thirty-one and a full time writer S.Westwood is married to artist Ashley and lives in Letchworth with their chihuahua Tequila. The couple recently lost their daughter Lydia Angel who was born asleep. She is sorely missed. S.Westwood has had mental health problems since childhood and has been diagnosed with having borderline personality disorder, body dysmorphic disorder and severe depression. Now working improve understanding of these largely unknown illnesses; S.Westwood hopes that his writing will connect with fellow sufferers

My childhood was not bad on the face of things. I was not abused. I was not neglected. Our family was not particularly impoverished, though certainly not well off. I remember many things fondly and still love many of those things that the child Stephen held dear. I may have grown out of wanting to be a cowboy but there are films I went to see at the cinema when I was a child that I have since bought on DVD and watch regularly. I think that is true for a lot of people. What we loved as a child shapes our personality and you can definitely tell what sort of person someone is simply by whether they do or do not like 'Labyrinth'. Why should we, as 'grown ups' lose the magic of innocence? Many of us still hold on to those feelings and by watching those films or listening to the music we grew up with we can recall those chaste emotions. Things look better in a mask of nostalgia. I may have cried and been taken out of the cinema when I watched Star Wars for the first time but at least I can boast that I saw all three films of the holy trilogy on the big screen. Adam Ant may have lost his looks and gone a little insane, but he will always be cool to me and the Muppet show will always be the most perfect family entertainment.