Items related to Little Tim and the Brave Sea Captain 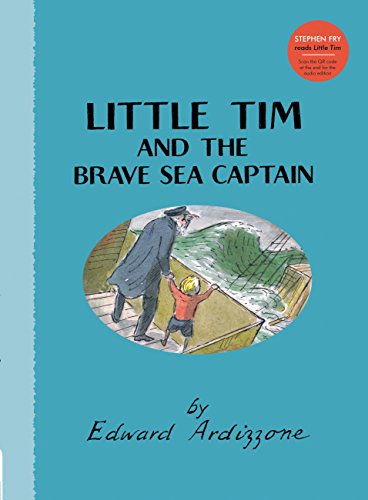 Reissue of the first title in the much-loved Little Tim series. A young boy wants to be a sailor, but his parents say he is much too young. Tim grabs the chance to stow away on a steamer, but little does he expect the hard work, stormy sea and sinking ship to come!ÿLittle Tim's adventures at sea have delighted generations of children ever since the first book was published in 1936. Edward Ardizzone, who illustrated over 170 books in his lifetime, received the prestigious Kate Greenaway medal forÿTim All Aloneÿin 1956. ÿ

Edward Ardizzone was the eldest of five children. In 1905 his family moved to Ipswich, where he learnt to know and love the little coastal steamers that he was to draw so often in the Little Tim books. Illustrator of more than 170 much-loved children's books, Edward Ardizzone was awarded the Kate Greenaway Medal in 1956 and the CBE in 1971. He died in 1979.Stephen Fry is a national treasure and was born in 1957 in London and brought up in Norfolk.ÿMemorable television appearances included Blackadder, A Bit of Fry & Laurie and Jeeves and Wooster. Big screen outings included Wilde, Gosford Park and Peter's Friends. He also read all of the Harry Potter books for the unabridged audiobook edtions.

K-Gr 2—These four newly reissued works in Ardizzone's "Little Tim" series clearly show why certain titles remain classics over time. Spanning from 1936 with the publication of Little Tim and the Brave Sea Captain to 1962 with Tim's Friend Towser, these charmingly traditional tales, illustrated delicately with pen and ink and soft washes of watercolor, follow the adventures of a young wannabe sailor. From stowing away aboard a steamer to rescuing a cat from a burning ship, Tim almost always winds up in some sort of trouble on the high seas—though all's well by the last page. Tim All Alone, which finds the youngster working as a cabin boy while searching for his missing parents along the seaboard, won the prestigious Kate Greenaway Medal in 1956. Modern adult readers may balk at the idea of a knee-high child embarking on dangerous excursions sans parents, but kids will embrace Tim's admirable independence and intrepid spirit.—Kiera Parrott, School Library Journal