Items related to Will In The World

Stephen Greenblatt Will In The World 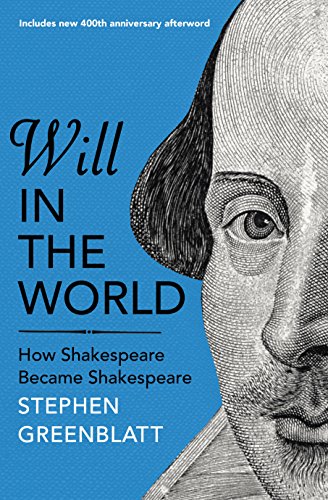 The theatre for which Shakespeare wrote and acted was a cut-throat commercial entertainment industry. Yet his plays were also intensely alert to the social and political realities of their times. Shakespeare had to make concessions to the commercial world, for the theatre company in which he was a shareholder had to draw some 1,500 to 2,000 paying customers a day into the round wooden walls of the playhouse to stay afloat and competition from rival companies was fierce. The key was not so much topicality - with government censorship and with repertory companies recycling the same scripts for years. Instead, Shakespeare had to engage with the deepest desires and fears of his audience. Will in the World is about an amazing success story that has resisted explanation: it aims to be the first fully satisfying account of Shakespeare's character and the blossoming of his talent. There have, of course, been many biographies of Shakespeare. The problem each one faces is the thin amount of material surrounding his life. They lead us through the available traces but leave us no closer to understanding how the playwright's astonishing achievements came about.

Stephen Greenblatt is the John Cogan University Professor of the Humanities at Harvard University and is the founder of the school of literary criticism known as New Historicism. As visiting professor and lecturer at universities in England, Australia, the United States and elsewhere throughout the world, he has delivered such distinguished series of lectures as the Clarendon Lectures at Oxford and the University Public Lectures at Princeton. He has received two Guggenheim Fellowships and has been President of the Modern Language Association. Professor Greenblatt is the author and co-author of nine books and the editor of ten others, including The Norton Anthology of English Literature (7th edition) and The Norton Shakespeare.

Will in the World

Shipping: US$ 5.43
From United Kingdom to U.S.A.
Destination, rates & speeds

Book Description Paperback. Condition: New. Language: English. Brand new Book. Stephen Greenblatt's Will in the World is widely recognised to be the fullest and most brilliant account ever written of Shakespeare's life, his work and his age.Shakespeare was a man of his time, constantly engaging with his audience's deepest desires and fears, and by reconnecting with this historic reality we are able to experience the true character of the playwright himself. Greenblatt traces Shakespeare's unfolding imaginative generosity - his ability to inhabit others, to confer upon them his own strength of spirit, to make them truly live as independent beings as no other artist has ever done.Digging deep into the vital links between the playwright and his world, Will in the World provides the fullest account ever written of the living, breathing man behind the masterpieces. Seller Inventory # AAZ9781847924520

Shipping: US$ 8.84
From United Kingdom to U.S.A.
Destination, rates & speeds

Will In The World (Paperback)

Book Description Paperback / softback. Condition: New. New copy - Usually dispatched within 4 working days. Stephen Greenblatt's Will in the World is widely recognised to be the fullest and most brilliant account ever written of Shakespeare's life, his work and his age. Seller Inventory # B9781847924520

Book Description Condition: New. Shakespeare was a man of his time, constantly engaging with his audience's deepest desires and fears. In this book, by reconnecting with this historic reality we are able to experience the true character of the playwright himself. It traces Shakespeare's unfolding imaginative generosity. Num Pages: 448 pages. BIC Classification: 1DBK; 2AB; 3JB; 3JD; DSBD; DSGS. Category: (G) General (US: Trade). Dimension: 154 x 312 x 36. Weight in Grams: 616. . 1988. First Edition. Paperback. . . . . Books ship from the US and Ireland. Seller Inventory # V9781847924520

WILL IN THE WORLD (TPB)