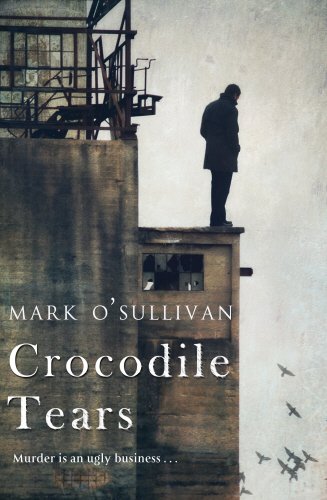 In the freezing winter of 2010, with the Irish recession in full flow, property tycoon Dermot Brennan is found dead at his Dublin home. Leading the murder investigation is fifty-six-year-old Detective Inspector Leo Woods, an embittered former UN peacekeeper with a drug habit, a penchant for collecting masks and a face disfigured by Bell's Palsy. DI Woods meets his match in Detective Sergeant Helen Troy, a bright and ambitious but impetuous young policewoman with a troubled family. A host of suspects quickly emerge - Brennan's estranged son; two of the dead man's former business associates with grudges against him; a young man whose life was ruined after his house, built by Brennan, was flooded; an arrogant sculptor who may or may not have been having an affair with Anna Brennan (and with their neighbour); and an ex-pat American gardener. Together, Woods and Troy weave their way through this tangled web to get to the shocking truth. Mark O'Sullivan is an exciting new voice in literary crime fiction. Already an acclaimed children's fiction writer, he has produced in Crocodile Tears an excellent murder mystery, which has the depth of character of Kate Atkinson combined with the plotting and ambiguous moral codes of Colin Dexter's Inspector Morse.

Mark O'Sullivan has published nine novels. His work has won several awards in Ireland and France and been translated into six languages. He has also published short stories and poetry in various magazines and journals. His first crime novel featuring Detective Inspector Leo Woods, Crocodile Tears, was published to critical acclaim. Mark is married with two daughters and lives in Thurles, County Tipperary.

Shipping: US$ 11.74
From United Kingdom to U.S.A.
Destination, rates & speeds