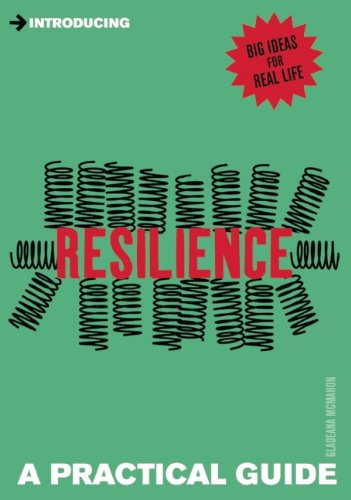 Gladeana McMahon's book will save you emotional energy and time, allowing you to become more effective and successful both personally and at work.  Written by one of the United Kingdom's Top Ten Coaches (Independent on Sunday and Observer), McMahon uses a Cognitive Behavioral Therapy approach to help make a more resilient you.

Gladeana McMahon combines academic rigour with down-to-earth communication skills and provides coaching and therapy to politicians, celebrities, senior business people and those in the media. A clear, informed and direct approach mixed with humour and compassion being her trademarks.

She is considered one of the UK’s "Top Ten Coaches" by the Independent on Sunday and Sunday Observer. Gladeana is widely published with some 17 popular and academic books on Coaching and Counselling. Her most recent Self-Help Book being, No More Anger be your own Anger Management Coach’. Her Most recent professional books include, Positive Psychology for Dummies", Performance Coaching for Dummies’, Essential Business Coaching’ and Achieving Excellence in your Coaching Practice’.

Her Media work includes being: Presenter of Get Ahead with Gladeana’ and Ease the Load’ for Teacher’s TV, Co-presenter of ITV’s Dial a Mum’ and Co-Presenter of Granada Television’s Sex and Soaps’. Gladeana has appeared on many shows such as This Morning’, Richard and Judy’ and The Wright Stuff’. She pioneered the UK’s Ethical Guidelines for Reality Television in association with the British Association for Counselling and Psychotherapy.