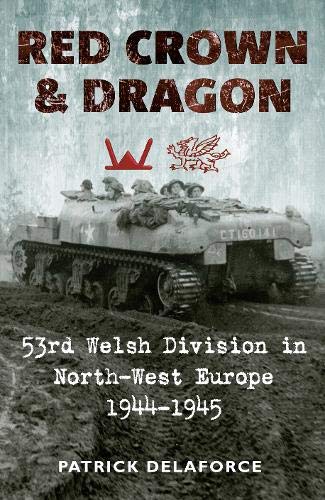 One of Monty's GreenA" Divisions that took part at Operation Overlord, the 53rd Welsh Division served with great distinction throughout the rest of the War. After playing a major part in the fighting in Belgium, they were moved South to fight the Panzers in the Ardennes, breaking the Siegfried Line and on into the Rhineland where they captured Weeze. They were brilliantly led by Major General BobbyA" Ross, but suffered 10,000 casualties during the campaign. This remarkable book features the tales of over 60 men, NCOs and Officers who took part in this campaign story.

Patrick Delaforce fought as a troop leader in Normandy and also served in Germany and Holland during the Second World War. He was awarded the Bronze Cross of Orange-Nassau and was twice mentioned in despatches. After the war he worked as a Port wine shipper and in advertising before becoming a professional writer. He is the author of many Military History books as well as a number of travel books and biographies.