Items related to Dante in Love

Wilson, A. N. Dante in Love 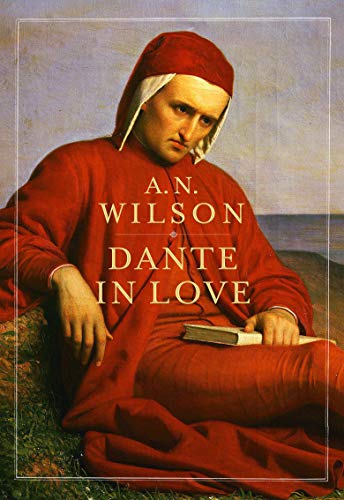 For Yeats, Dante Alighieri was 'the chief imagination of Christendom'; for Eliot he was of supreme importance, both as a poet and philosopher; Coleridge championed his introduction to an English readership. Tennyson based his poem 'Ulysses' on lines from the Inferno and Byron chastised an 'Ungrateful Florence' for exiling him. The Comedy resonates across five hundred years of our literary canon. In Dante in Love, A N Wilson presents a glittering study of an artist and his world, arguing that without an understanding of medieval Florence, it is impossible to comprehend the meaning of Dante's great poem. He explains how the Italian States were at that time locked into violent feuds, mirrored in the ferocious competition between the Holy Roman Empire and the papacy. He explores Dante's preoccupations with classical mythology, numerology and the great Christian philosophers which inform every line of the Comedy. Dante in Love also lays bare the enigma of the man who never wrote about the mother of his children, yet immortalized the mysterious Beatrice, whom he barely knew. With a biographer's eye for detail and a novelist's comprehension of the creative process, A N Wilson paints a masterful portrait of Dante Alighieri and unlocks one of the seminal works of literature for a new generation of readers.

A. N. Wilson was born in 1950 and educated at Rugby and New College, Oxford. A Fellow of the Royal Society of Literature, he holds a prominent position in the world of literature and journalism. He is a prolific and awarding-winning biographer and celebrated novelist. His most recent novel, Winnie and Wolf, was longlisted for the 2007 Man Booker Prize. He lives in North London.