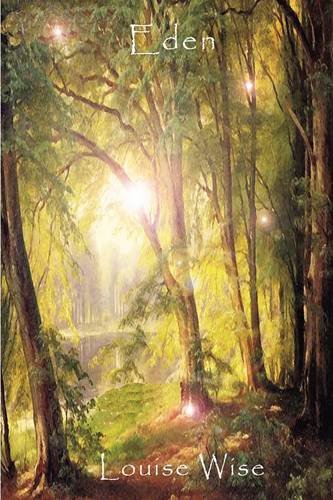 Imagine yourself stranded.
With no way of getting home.
Ever.
You've no communication, no shelter, no food.
No weapons.
Now imagine this place is another planet.
Then you realise you aren't alone after all . . .

The Kindle edition of Eden has been updated - Louise

Jenny plodded along, stupefied. The fingers circling her nape were biting and painful, but the echo of the howling wolves was still too tightly embedded in her mind for her to notice. One part of her knew Fly was leading her to her rape, and that part was going to allow it to happen because the other side was lying dormant through fear and exhaustion.
The corridor was laden with dirt and grime. Animal excrement, electronic debris lay in her path, but she continued to be guided forward. His cabin door was open, and he nudged her towards the bed.
While she sat nervously on the edge, he heated a metal canteen over a crudely assembled grill, wired haphazardly to a small accumulator. She watched as he stirred in the same beverage that she had yesterday morning. When it was steaming, he filled a cup and gave it to her.
He sat on a chair opposite, and observed her with his usual disconcerting stare.
She stared back, confused, until her fingers began to burn from holding the cracked cup. She pressed it against her lips, and it was only then that she realised her teeth were chattering.
'You are not going to survive,' he said finally using one of the small computers he had taken from the shelf.