Items related to The World of States

The World of States 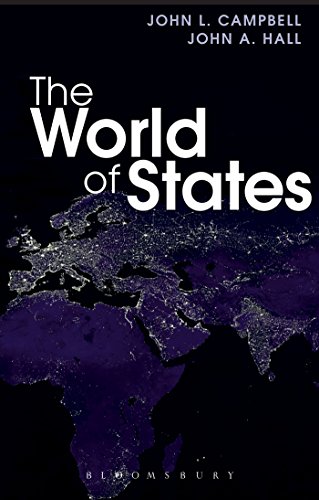 For many years, attention in both public and intellectual fields was concentrated on the benefits of civil society. However, with the demand for greater state regulation of the economy and the increasing realisation that states of the fourth world will never advance without the enforcement of a rule of law, the tenor of debate is now changing.

This topical book offers a historical account of state forms in the 21st century. It focuses on what makes states effective, thus offering a different approach to existing literature which has tended to focus on the predatory characteristics of states. The book covers all the major state forms of this century, from the US and EU to India and China, as well as a number of key 'failed' states, such as Iraq and Zimbabwe. Key definitions and terms are clearly explained thoroughout.

Written leading figures in the field, and addressing one of the key questions in politics today, this is a much-needed addition to the literature.

This book is a historical account of state forms in the 21st century, outlining characteristics that make states effective.

John A. Hall is Professor of Sociology at McGill University, Montreal, Canada. He is the author of Civil Society: A Reader (2005) and Civil Society: Theory, History, Comparison (1995).

1. The World of States

2. The World of States

3. The World of States

4. The World Of States

5. The World of States

Book Description Condition: New. Brand New Original US Edition.We Ship to PO BOX Address also. EXPEDITED shipping option also available for faster delivery.This item may ship fro the US or other locations in India depending on your location and availability. Seller Inventory # AUDUU-32025

6. The World of States