Items related to Labyrinth of Sorrows 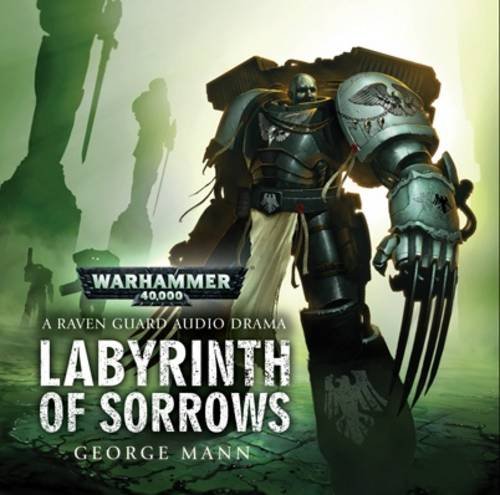 The Imperial shrine world of Karat-Ist is at the epicenter of a massive conflict between Imperial Forces and a huge Chaos invasion force, led by a warband of traitorous Death Guard. The planet has been largely overrun and the enemy forces are already entrenched. The entire planet is wracked by war.

Under the cover of this huge conflict a Thunderhawk carrying only a small force of five Minotaurs arrives at a vast temple complex on the blighted planet. Their mission, led by Captain Daed, is to retrieve a relic held sacred by their chapter â€“ a precious artifact that holds the secrets to the origins of their chapter. They fear this relic falling into enemy hands and believe that â€“ at present â€“ the Chaos forces do not realize that the artifact is in their possession.

George Mann is the author of The Affinity Bridge, The Osiris Ritual and Ghosts of Manhattan, as well as numerous short stories, novellas and an original Doctor Who audiobook. He has edited a number of anthologies including The Solaris Book of New Science Fiction, The Solaris Book of New Fantasy and a retrospective collection of Sexton Blake stories, Sexton Blake, Detective. He lives near Grantham, UK, with his wife, son and daughter.

Book Description The Black Library, 2012. Audio CD. Condition: Very Good. Audio book. Very Good: a copy that has been read, but is in excellent condition. Pages are intact and not marred by notes or highlighting. The spine remains undamaged. Most items will be dispatched the same or the next working day. Seller Inventory # mon0012618783