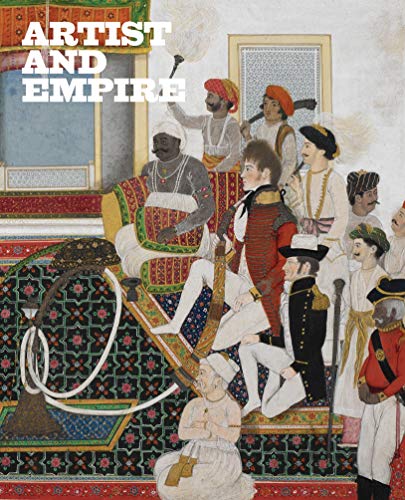 What lasting legacy did British colonialism have on the cultures once under the Empire’s control? A rich and varied visual culture emerged in places under British governance, from the Americas to India and Australasia. Writers, artists, and museums have long played a role in documenting the cultural impact of British colonialism, and yet, since the vast Imperial exhibitions of the early 20th century, there has been no comprehensive presentation of the objects made across the British Empire. This publication, which accompanies a major Tate Britain exhibition, fills that gap.

In this landmark study, leading scholars focus on how particular objects tell the history of life under British rule. Paintings by artists such as John Singer Sargent and Sidney Nolan are presented alongside Benin bronze heads and Mughal miniatures in a survey that ranges from 16th-century colonialism to the British Empire’s decline in the postwar era.

Alison Smith is lead curator, British art to 1900, at Tate.

Book Description 2015. Hardcover. Condition: New. Hardcover. What lasting legacy did British colonialism have on the cultures once under the Empire's control? A rich and varied visual culture emerged in places under British governance, .Shipping may be from our Sydney, NSW warehouse or from our UK or US warehouse, depending on stock availability. 240 pages. 1.714. Seller Inventory # 9781849763431