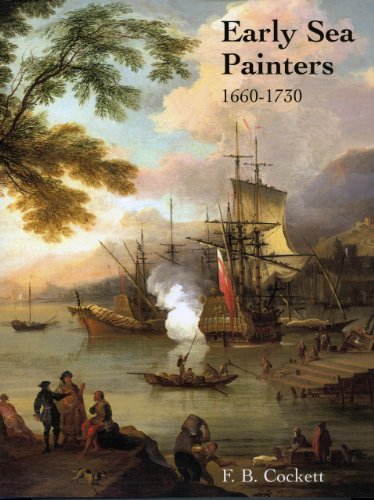 This is a unique introduction to a fascinating group of early marine painters working in England between about 1660 and 1730, of whom relatively little is known. Marine paintings really began in England with the arrival of the Van de Veldes (father and son) from Holland in 1673. They established a studio of British marine painting which was such a success that additional assistants were taken on. The Van de Veldes so dominated the world of marine painting that work by other attractive and competent marine artists working in England at the time received little attention. This relatively unknown group, which is the real subject of this important book, included Isaac Sailmaker, Jacob Knyff, J.K.D. van Beecq, Adrian van Diest, L. Castro, L.D. Man and H. and R. Vale. Pictures by these painters have been appearing in British sale rooms more frequently and their work is increasingly sought after by collectors. The book's wealth of fine illustration is included to demonstrate a particular painter's range

Book Description Antique Collectors Club Dist, Woodbridge Suffolk, 2006. Blue Boards. Condition: New. Dust Jacket Condition: New. Reprint. 1851492305 143pp. A new copy, never read. Beautifully illustrated with numeorus examples of sea paintings in both colour and b/w. Colour pictorial end papers and gilt embossed lettering to the spine and front board. Perhaps the slightest of bumps to the tail of the spine. Fresh, clean and tight. Dust wrapper alos fresh and new. The sligtest hints of creasing to the head of the wrapper. A lovely copy. Shipping from the UK. Seller Inventory # 215341

5. Early Sea Painters 1660-1730: The Group Who Worked in England Under the Shadow of the Van De Veldes