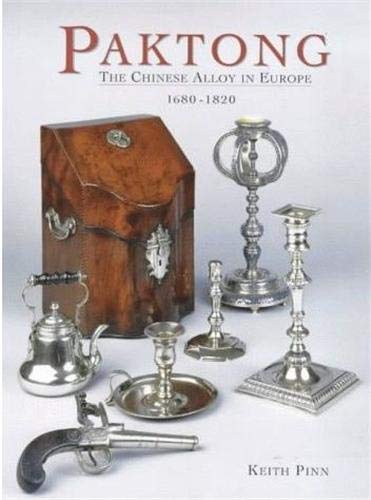 Paktong, a rare Chinese alloy imported in small quantities during the eighteenth century, was used by European craftsmen to make domestic objects in imitation of silverware. This metal has been shrouded in mystery since it was first recorded by Western travellers in the seventeenth century. The vital silver-coloured ingredient, nickel, was not identified in the West until the second half of the eighteenth century, and it was to be a further fifty years before scientists were able to perfect a viable imitation of paktong. In more recent times the mystery of paktong has lain in the lack of documentary evidence concerning its use in the Georgian period. This has given rise to many myths and speculative theories about the metal. Now, at last, the author's research among contemporary records hasenabled the history of paktong in eighteenth century England to be piecedtogether. A well-illustrated study and discussion of more than 100 paktong pieces will help readers identify and understand objects mad

Shipping: US$ 29.96
From United Kingdom to U.S.A.
Destination, rates & speeds

Book Description ACC Art Books, United Kingdom, Woodbridge, 1999. Paperback. Condition: Very Good. Pakton, a rare Chinese alloy, imported in small quantities during the 18th century, was used by European craftsmen to make domestic objects in imitation of silverware. The vital silver-coloured ingredient, nickel, was not identified in the west until the 2nd half of the 18th century. Keith Pinn's original research allows the full history of paktong in 18th century England to be pieced together. This well-illustrated study of more than 100 paktong pieces will help collectors and dealers identify and understand objects made from this scarce and highly-prized Chinese metal. The book has been read, but is in excellent condition. Pages are intact and not marred by notes or highlighting. The spine remains undamaged. Seller Inventory # GOR005694258

Shipping: US$ 9.31
From United Kingdom to U.S.A.
Destination, rates & speeds

Book Description Antique Collectors Club Dist 2006-07-31, 2006. Hardcover. Condition: Very Good. Item is in very good condition. If supplemental codes/CDs for textbooks are required please contact us prior to purchasing as they may be missing. Photos are stock pictures and not of the actual item. Seller Inventory # DS-1851493247-2