Items related to The Supermodern Wardrobe 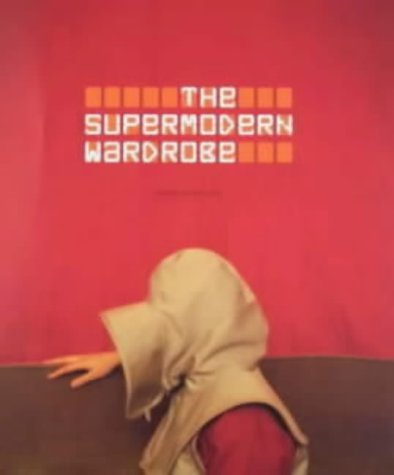 This title examines how men and women dress for the urban environment, and how fashion designers are responding to the ever-increasing demands of contemporary city life. The book focuses on the work of innovative designers whose approach to supermodern clothing fuses high style and 21st-century technology. They have all appropriated ideas and materials which were previously on the margins of fashion - such as those used in high-performance sportswear and riot gear - to address the challenges of the urban environment. Their clothes are functional and adapted to the public spaces of the supermodern world: supermarkets, airports, motorways - and the street. They are designed to anticipate all contingencies, offering protection and security in an increasingly alien urban environment. Sections cover concepts such as multiple functionality, mobility, shelter, protection, identity and super-invisibility featuring the work of designers such as CP Company, who have produced a jacket with a built-in antismog mask, Vexed Generation whose parkas disguise the identity of the wearer and act as urban armour, Mandarina Duck who have devised a camouflage system for the street, and Levi's who have produced a range of jackets equipped with fully integrated communications systems. This book should appeal to all lovers of fashion, radical design and innovation.

Andrew Bolton is the V&A/London College of Fashion Research Fellow in Contemporary Fashion. He is curator of Fashion in Motion at the V&A, a monthly performance event, and Fashion Forum, a public lecture series for designers, fashion journalists and dress historians.

Book Description V & A, 2002. Large hardback book with specialy commissioned photography and lively commentary that should appeal to all lovers of radical design and innovative fashion. The spine of the dust jacket has faded to a pinkish colour with small tr to top rear jacket edge otherwise fine condition in very good jacket. 143 pages. Seller Inventory # 16926

Shipping: US$ 12.90
From United Kingdom to U.S.A.
Destination, rates & speeds

Shipping: US$ 33.95
From United Kingdom to U.S.A.
Destination, rates & speeds

Shipping: US$ 33.95
From United Kingdom to U.S.A.
Destination, rates & speeds

Book Description V & A Publications, 2002. Hardcover. Condition: Good. Exlibrary, hardcover, jacket shows light wear under mylar, binding is solid, unmarked text. We take great pride in accurately describing the condition of our books and media, ship within 48 hours, and offer a 100% money back guarantee. Customers purchasing more than one item from us may be entitled to a shipping discount. Seller Inventory # mon0000390812

Book Description V & A Publications, 2002. Condition: Good. A+ Customer service! Satisfaction Guaranteed! Book is in Used-Good condition. Pages and cover are clean and intact. Used items may not include supplementary materials such as CDs or access codes. May show signs of minor shelf wear and contain limited notes and highlighting. Seller Inventory # 1851773436-2-4