Items related to A Class Apart: The Private Pictures of Montague Glover

A Class Apart: The Private Pictures of Montague Glover 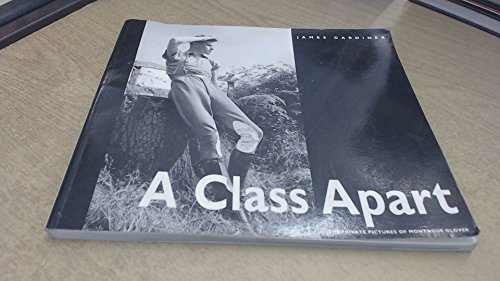 The archives of Montague Glover (1898-1983), consisting of photographs and letters which document the rarely recorded lives of gay men in the UK from World War I to the 1950s. In particular, the photographs portray three subjects: the Armed Forces, working class men and Montague's lover.

James Gardiner works as a researcher, author and film stylist specialising in popular entertainment and the gay life which was, and is, so often connected with it. He deals in pictorial ephemera relating to these subjects, and has built up a unique photo-archive of old picture postcards from the period.

Think of it as buried treasure: two cardboard boxfuls of dusty negatives and yellowed letters, the only surviving evidence of love between two Englishmen who had spent more than half a century together...This is social history at its most personal and vivid * Out * Fascinatingly combines startlingly frank photographs with an absorbing text which pulls back a little further the curtain that still obscures so much of our history * Gay Times * His photographs conjure up a deeply personal and touching portrayal of an era * Tribune * A truly eye-opening collection * Genre * A sexy and problematic gay memoir * VLS * An enthralling book; imaginatively conceived. lovingly compiled and attractively produced. But, above all, it's an important one * Rouge * Glover's photographs seem erotically innocent, not pornographic; but that's their great charm * IN Newsweekly *

1. A Class Apart: The Private Pictures of Montague Glover

2. A Class Apart: The Private Pictures of Montague Glover